I got a lot of good, interesting comments on my recent post on the axiom of choice (both on the post itself, and in this very good Hacker News thread). I wanted to answer some common questions and share the most interesting thing I learned.

Can’t we just pick at random?

A lot of people asked why we can’t just avoid the whole problem of the axiom of choice by picking set elements randomly. Because obviously we can just make a bunch of random choices, right? If there’s no limit to what the choices have to look like then there’s no problem.

The fact that this “just pick at random” idea seems so facially compelling, or “obvious”, is a big part of why many mathematicians want to accept the axiom of choice. It just seems like we should be able to make a bunch of choices at once, if we’re not picky about which choices we make. It’s only when they are shown the really bizarre implications of getting to make those choices that most people start questioning whether the axiom makes sense.

Why do we want to believe the axiom of choice?

One reason is the intuitive plausibility of the “just pick at random” idea. The goal of an axiomatic system is to formalize our list of “basic moves we should be able to make”. The ZF axioms include things like the axiom of extensionality, which says that two sets are equal if they have the same elements, and the axiom of pairing, which says that if \(A\) and \(B\) are sets then we can talk about the set \( {A,B } \). These aren’t weird exotic ideas. They’re just things we should be able to do with collections of things. They’re part of the intuition that the word “set” is trying to formalize.

You could see the axiom of choice as something like this—something in our basic, intuitive understanding of what a “set” is, that pre-exists formal definitions. It’s pretty easy to convince people that “choose an element from each set” is a reasonable thing to be able to do. The only problem is that it leads to absurd results like Banach-Tarski or the solution to the Infinite Hats puzzle. But if we satisfy ourselves that those absurdities aren’t a real problem, we return to “this seems like a thing we should be able to do”.

But really, why do we want to believe the axiom of choice?

All of these results are really useful in their respective fields, and we need the axiom of choice to prove them. And that’s a true “need”: these are all provable from ZFC but not from ZF.

These statements aren’t equivalent to the axiom of choice. If we wanted, we could take the above list as a list of new axioms to attach to ZF, and then we wouldn’t be stuck with choice. But that is a really strange and ad-hoc list of foundational axioms. It feels much better to take the one axiom—the axiom of choice, which is reasonably foundational and sounds plausible enough on its own—and get all these consequences for free.

Shoenfield’s Theorem: You only need the axiom of choice for weird things

But the coolest thing I learned about after writing the last post is Shoenfield’s Absoluteness Theorem. The statement of this theorem is pretty dense and I don’t think I completely understand it, but it has really nice implications for the axiom of choice.

In the last post I said that the axiom of choice just doesn’t cause problems as long as we’re not getting too far away from finite sets. This applies even to half the results in the previous section.

Shoenfield’s theorem helps tell us exactly when the axiom of choice is actually going to matter.

Shoenfield’s theorem extends that result even further. If you have a sufficiently simple question (for a precise definition of sufficiently simple), then the original model and the constructible universe must give the same answer. Since the axiom of choice always holds in the constructible universe, the answers to these simple questions can’t depend on whether you accept the axiom of choice or not.

What does that mean? Any simple-enough result that you can prove with the axiom of choice, you can also prove without it. That includes everything about Peano arithmetic and basic number theory, and also everything about the correctness of explicit computable algorithms. It also includes \(P = NP\) and the Riemann Hypothesis, and a number of other major unsolved problems.

There are questions that the axiom of choice really does matter for. But Gödel and Shoenfield’s results show that they have to be pretty far removed from anything finite or concretely constructible. So in practice, we can use the axiom of choice as a tool to make our work simpler, knowing that it won’t screw up anything practical that really matters.

Do you have other questions about the axiom of choice? Another cool fact I don’t know about? Or some other math topic you’d like me to explain? Tweet me @ProfJayDaigle or leave a comment below.

Suicide by Culture: how Protestants in Slovakia drove themselves to extinction
Sunday May 9th, 2021 at 3:29 AM 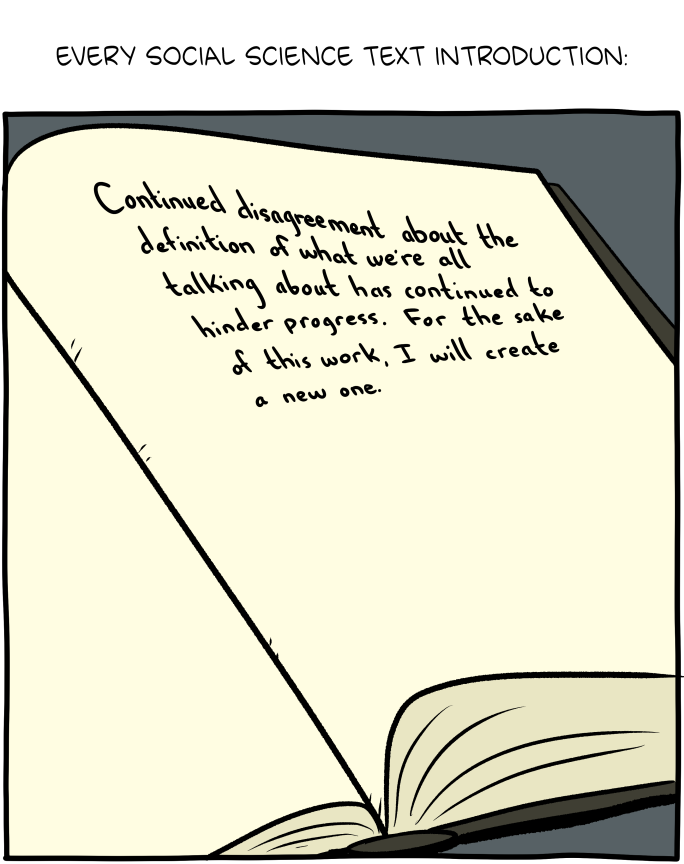 When corporate insiders learn about material, non-public bad news at their company that devalues stock prices, they can avoid losses by selling their stock before the public finds out. This form of “insider trading,” is, of course, illegal and risky. But selling stock is not the only way for corporate insiders to cash out. One alternative strategy, which is almost as financially effective and benefits from comparatively less onerous reporting requirements and legal restrictions, involves donating the stock to a charity and taking a tax deduction at the stock's inflated price. While a financial "second-best" strategy, "insider giving" nonetheless endures as a plausibly potent substitute for insider trading.

In Insider Giving, S. Burcu Avci (Sabanci Univ.) et al., submit their "insider giving" hypothesis to data. "Their data include all reported gifts of common stock and contains over 9,000 observations between 1986 and 2020. The total volume of gifts contained in our dataset is approximately 2.1 billion shares, with a dollar value of approximately $50 billion. Consequently, our findings apply generally to all large shareholders’ gifts of their firm’s stock." And what they find is that "large shareholders’ gifts are suspiciously well timed. Stock prices rise abnormally about 6% during the one-year period before the gift date and they fall abnormally by about 4% during the one year after the gift date, meaning that large shareholders tend to find the perfect day on which to give."

Rather than ascribe these finding to insider-donors' incredible good luck, the paper instead develops two possible alternative explanations: "information leakage" and "backdating." Specifically, "executives seem to provide large shareholders with material non-public information, who then use it to time gifts. We also find a second explanation to be supported, though its magnitude is smaller – backdating. The telltale sign of backdating is that the givers’ extraordinary luck tends to grow alongside the delay they take in reporting the gift. A donor who waits a few weeks to report a gift can cherry pick the very best date to retroactively claim their gift was consummated. That is precisely what we find." An excerpted abstract follows.

"Corporate insiders can avoid losses if they dispose of their stock while in possession of material, non-public information. One means of disposal, selling the stock, is illegal and subject to prompt mandatory reporting. A second strategy is almost as effective and it faces lax reporting requirements and legal restrictions. That second method is to donate the stock to a charity and take a charitable tax deduction at the inflated stock price. “Insider giving” is a potent substitute for insider trading. We show that insider giving is far more widespread than previously believed. In particular, we show that it is not limited to officers and directors. Large investors appear to regularly receive material non-public information and use it to avoid losses. Using a vast dataset of essentially all transactions in public company stock since 1986, we find consistent and economically significant evidence that these shareholders’ impeccable timing likely reflects information leakage. We also document substantial evidence of backdating – investors falsifying the date of their gift to capture a larger tax break….”